The 14th edition of the UK Apprenticeship Week is over, but we are excited we met some really cool apprentices last week. Terry, Michael and Nathan agreed to reply to a couple of questions about their apprenticeship experience so far, let’s find together their stories!

Tell us a couple of words about you and your activity so far.

Terry: Terry Brown, I am 27, I have an NC in Electrical Engineering, have completed the pre-apprenticeship electrical installation course, worked as a sparks mate for 2 years and I am now 2 years into my apprenticeship.

Michael: Michael Boyes, I am a 3rd-year level 3 electrotechnical apprentice from North Yorkshire.

Nathan: My name is Nathan, I’m 18 years old and second year apprentice based in Glasgow, Scotland. I absolutely love my job and have a real passion for electrical work and tools.

How did you decide to start an apprenticeship in the electrical field? How long ago?

Terry: I decided to start in the electrical field when I realised I was sick of working in hospitality and would like to be the one on the other side of the bar. This was around 5 years ago.

Michael: Before I started in electrical installation, I did electronics at college, which I always enjoyed. When I left college, I originally wanted to join the Royal Engineers as an electrician, but I didn't pass my English. Then I went to Sixth-Form college and did a Level 2 diploma in electrical installation, from there I did work experience to then gain knowledge and eventually landed me an apprenticeship.

Nathan: I started five days after my 16th birthday and got to try being an electrician and heating engineer and preferred electrician.

Where do you see yourself in 5 years? Still in trades, or pursuing other career options?

Terry: In 5 years I still see myself working as a spark but since day 1, it’s been my dream to start up my own company so only time will tell.

Michael: In 5 years I will be hopefully joined the Royal Engineers as an electrician and doing all the military side of electrical installation, working with different types of containment and working on generators and back-up power.

Nathan: In 5 years I’d love to be a foreman. Or go on to do an HNC or university degree in electrical engineering or business management.

Describe your apprenticeship experience in 3 words.

What is the most important thing you learned during your apprenticeship?

Terry: When your tradesman or woman is giving you a lecturer, it’s not because they’re trying to upset you, it’s to make you aware of your mistakes so you become a more competent and efficient tradesperson.

Michael: That it's okay to make mistakes as it helps you learn and grow into a better electrician.

Nathan: Everyone makes mistakes. In the beginning, I had the total fear of messing up even over little things, but I shortly realised making a mistake every so often is part of the apprenticeship and just try your hardest not to.

Tell us a couple of details about your proudest moment since you are in trades.

Terry: My proudest moment was moving down to London to work in Tottenham stadium as a sparks mate alongside my friend who was a spark. I was working for another agency and my work was coming to an end. Within 24 hours of hearing of the opportunity, I was on a train to London!

Michael: I've had a few pound moments but one of the things for me is getting told by other time server electrician for an apprentice I know a lot.

Nathan: Passing the first year of college, was super proud and happy and can’t wait to progress into further years.

To you, which are the most important things to take into consideration when choosing the tools you work with? Do the Klauke tools have these characteristics?

Terry: I take into consideration the cost of tools as unfortunately they can go missing on site. Comfort and reliability. I have never owned or worked with Klauke tools, but I am excited to find out.

Michael: Tools need to have a purpose and not just be a gimmick, ergonomics come in to play a lot with tools: if they are not comfy to use, people won't want to use them. Klauke tools do have these characteristics as they are nice to hold and use.

Nathan: Tools should be of good quality. I believe Klauke tools are up to the standard.

Which is your advice/ message for a person who thinks about choosing an apprenticeship in trades?

Michael: To anyone who's thinking of getting an apprenticeship in the trades: go for it. It’s rewarding, you'll learn a lot of skills most people won't know how to do, as well as making new friends and most have the opportunities to work all over the world.

Nathan: Do it. Try your hardest and you’ll reap the rewards 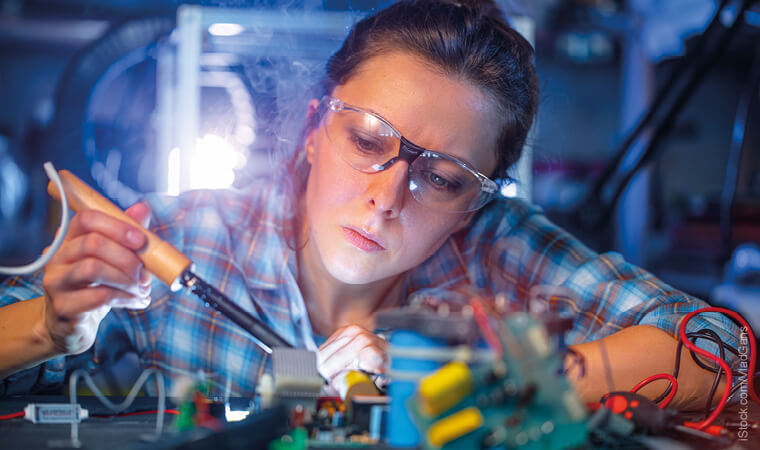 Contact Us
Do you have a question or suggestion for us? Please get in touch, we'll be happy to hear from you!
Tool registration
Register your product today!
Training courses
Stay safe with first-hand technical expertise: Klauke System Training.
×